Yuki Yuna is a Hero A (結城友奈は勇者であるA, Yūki Yūna wa Yūsha de Aru A?) is a visual novel developed by Minato Soft for Windows operating systems. It is a sequel to Yuki Yuna is a Hero S and will be released with the DVD and Blu-Ray volume of the second season of the anime on May 30, 2018.

Yuki Yuna is a Hero A is a short, fan disc-like game that varies in timeline. It contains ten short scenarios, each scripted by Takahiro and Murata Osamu.

Itsuki is chosen as the new club president and the state of the world after the events of Heroes' Chapter is explained.

Yuna and Togo spend time together and discuss their feelings.

Sonoko and Togo reminisce about their time together as elementary-schoolers.

Fu and Karin go to the movies and cook food together.

Sonoko's tells Togo about a dream she had.

When Fu realizes Itsuki is too dependent on her and needs to become more self-reliant, she begins making Itsuki do things herself.

The Hero Club finds an abandoned cave which turns out to be filled with monsters.

Itsuki trains under Kokubou Kamen to become the next club president, learning many useful skills. 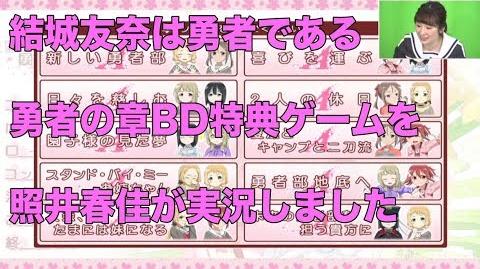 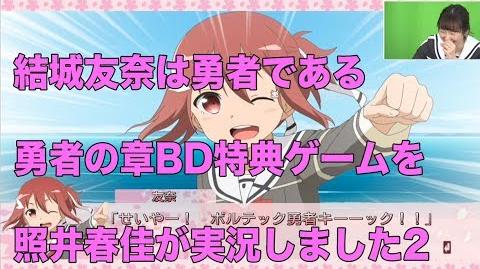 From 'Compassion on My Days'

From 'The Dream Sonoko-sama Dreamed'

From 'Karin, Camping, and Two-Sword Flow'

From 'Stand By Me, Big Sis'

From 'To the Depths of the Hero Club'

Mysterious humanoid monster from 'To the Depths of the Hero Club'

From 'Yuna, Sometimes You Act Like a Little Sister'

Retrieved from "https://yuyuyu.fandom.com/wiki/Yuki_Yuna_is_a_Hero_A?oldid=20095"
Community content is available under CC-BY-SA unless otherwise noted.