Natsume is a fair skinned greatly above average height for the teenager. In her civilian form, she has gray hair and grey eyes. She wears her regular Okinawan school outfit.

In her hero form, her hair becomes more silverish white and so does her eyes, a white flower hairclip is draping down from her hair and in her hero form her hair is also messier. She also seems to be wearing a gray swimsuit with gray to white faded sleeves. Her white dress extends to ankle level and wears gloves fastened by white bands. She almost has a tie draping down as well. Her socks are knee high and also connected to her under her swimsuit. For footwear, she has a few bands securing her feet.

She is quiet and composed, with a cool air about her. She is also humble, declining Inubouzaki Fu's thanks after she saved her sister. She is also quite collected, being able to meditate in the middle of multiple waves of vertex attacks.

Natsume is a hero who protected the Okinawa Prefecture. She awoke to her powers while floating in the sea, and found herself wearing a Hero uniform. The survivors of Okinawa held her in great respect.

According to Akamine Yuna, she is remembered most for protecting Okinawan civilians when they fled to Shikoku, including the Akamine's.[3]

Her standard weapon is a nunchaku, a traditional Okinawan martial arts weapon which can render itself into a beam. She can also perform a double punch attack with Yuna, having learned martial arts herself, and sometimes uses her knowledge of swimming during battle.

Natsume seems to enjoy Yuna's company and during battle, they are able to do a combined punch attack. Natusme seems to be open to new ideas such as cheering before a battle when Yuna insists so.

Fu seems to always have her gratitude for Natsume as she saved her sister from an impending vertex with Natsume rejecting the thanks. Other than this, their relationship is transparent.

Natsume's flower is Kinbaika (金梅花) / Winter Jasmine. Natsume's hanatokoba on her SSR card in YuYuYui is "Fun Reminisence", which is the meaning of the Madagascar Periwinkle (Interestingly enough, the flower clip on her Hero form resembles a Cherry Plum Flower). 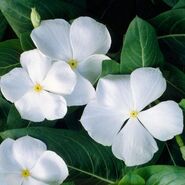 Cherry Plum Flower
Add a photo to this gallery 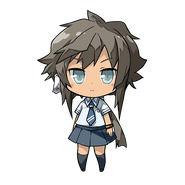 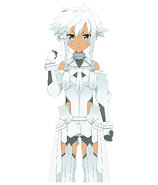 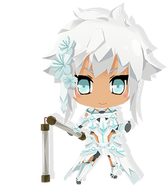 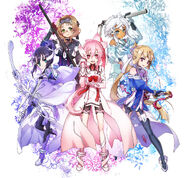 Retrieved from "https://yuyuyu.fandom.com/wiki/Kohagura_Natsume?oldid=24353"
Community content is available under CC-BY-SA unless otherwise noted.